What is it?
This detached house was built in the late 80s. Most of the living area is on the ground floor: the hall, a kitchen with a dining room, a sitting room, two bedrooms and a bathroom. The ground floor covers an area of 141 m², including a garage of approximately 25 m². The house also has an attic that is currently only accessible via a ladder. More than half of the attic has headroom. Under the house is a large room / space with another bathroom. Behind the house is a double garage with bread oven and barbecue (this building is not registered).

What about the facilities?
The house is connected to electricity. A septic tank is used for drainage and the house has its own water through a drilled well. The windows (single glass) are equipped with shutters.
Outside space?
A relatively flat plot of land of approximately 1650 m2 belongs to the house. It has many already mature fruit trees, such as orange, lemon, mandarin, medlar, fig and cherries (different varieties). Part of the plot is grassland. The site is partially walled and paved.

Specifics?
The plot and the house hace nice views of the Serra da Estrela and Açor. It is a quiet location, but yet not isolated.

Where is it?
The house is on the edge of the village of Balocas. The accessibility is good via a paved road. Apart from two cafés in the vicinity, there are no facilities in this village. Larger places are Tábua and Oliveira do Hospital, at about a 10 km drive away. In these small provincial towns all important facilities are present such as restaurants, shops, supermarkets, post office, banks, doctor’s office, hospital (Oliveira do Hospital), schools, library, bus station and weekly market. The larger city of Coimbra is around 65 km away. 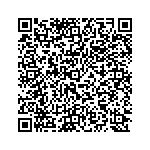