Quinta with two ruins with residential destination on 1 ha of land, on the river Alvôco, Alvôco das Várzeas, Oliveira do Hospital

What is it? => Watch the videos
These two ruins are located on a south slope in the valley of the Alvoco River. This river is known as one of the cleanest rivers in the region. The water is clear, there are trout and otters swimming, and the kingfisher has its habitat. Both ruins are registered as residential and are largely built of slate. The ruins have a surface area of 145 and 120m² respectively. The first ruin has three floors, the second ruin has two floors.

How are the facilities?
The domain has been connected to water and electricity. There is also a public irrigation canal (levada) running over the ground. In the old days a septic tank was used for drainage, but it will probably no longer suffice.

Outdoor space?
The associated land covers approximately 1 ha and extends as far as the river. The part where the ruins are located is quite steep and laid out in terraces. A flat meadow can be reached via a sandy path that runs down.

Specifics?
Plots on a river with ruins of a house (let alone two houses) are becoming increasingly difficult to find. Several such ruins have already been stylishly rebuilt in the area and some of them function as a sought-after B&B.
A little further on is a nice river beach that is mainly used locally. Several marked hiking trails in the area are an interesting plus, as well as the Serra da Estrela (in winter with a ski slope) at about a 30-minute drive away.

Where is it?
The quinta is located a few kilometers outside the village of Alvoco das Várzeas and is easily accessible via a paved road. This village has a cafe and in summer a bar with restaurant on the river beach.
Oliveira do Hospital is about 15 km away. In this small provincial town all important facilities are available such as shops, supermarkets, post office, banks, medical practice, hospital, schools, library, restaurants and weekly market. The larger city of Coimbra is about 70 km away. 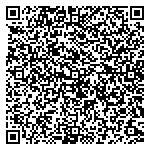 ← Quinta with two ruins with residential destination on 1 ha of land, on the river Alvôco, Alvôco das Várzeas, Oliveira do Hospital
Print now